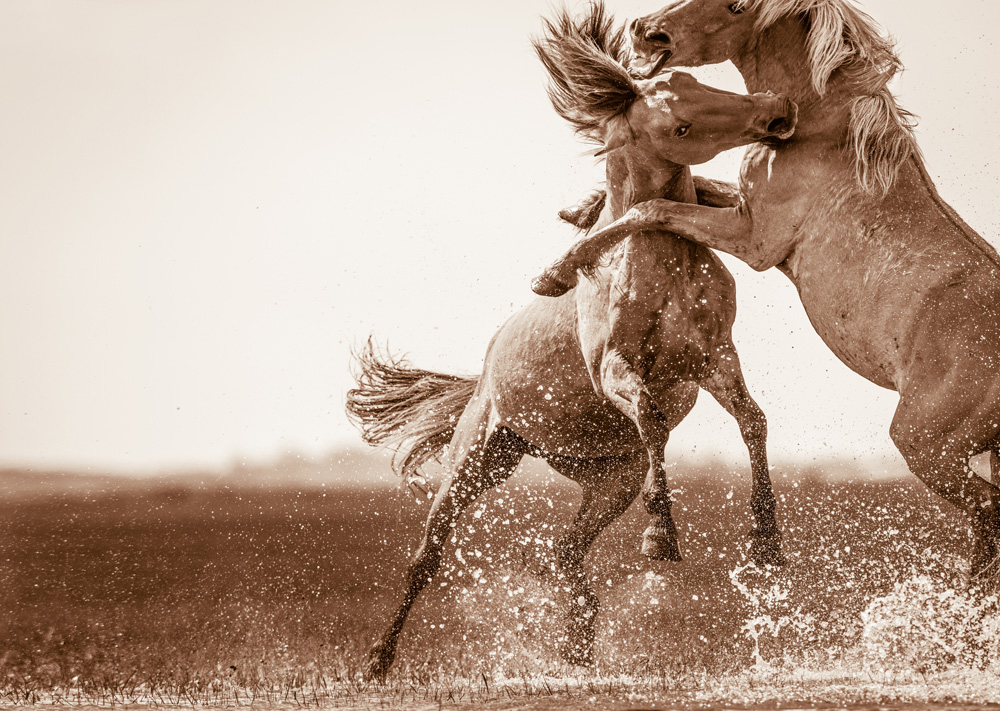 In the many years that I have been visiting the Outer Banks, I have only once witnessed an all out battle between two stallions. On this particular day, this clash  seemingly arose out of nowhere, like a sneaker wave or a rapidly gathering storm. The horses were moving languidly, if at all, in the late morning heat and all was so quiet that I had just considered heading back to the shore. The battle began suddenly and from quite a distance, with the two stallions about one quarter of a mile apart. The farther of the two from me issued a shrill neigh – an indisputable call to arms. Soon they were charging, head on, at full speed; everything else, even time, gave way to the sound of their rapidly pounding hooves. Now at close range, the ferocity of their biting, kicking, rearing, and striking indicated that neither was willing to concede. The time passage of the battle was unmeasurable for I was completely absorbed in the intensity of such an innate response to unseen triggers. Minutes felt like hours. Then, just as abruptly as it started, the battle ceased. The stallions walked away in opposite directions without so much as a look, returning to their mares as if they had simply strayed momentarily in search of greener grass. As the only human that witnessed the clash, I noted on each of them only minor wounds, not nearly indicative of the brutality of their fight. The marks it left on my memory, though, were deep.