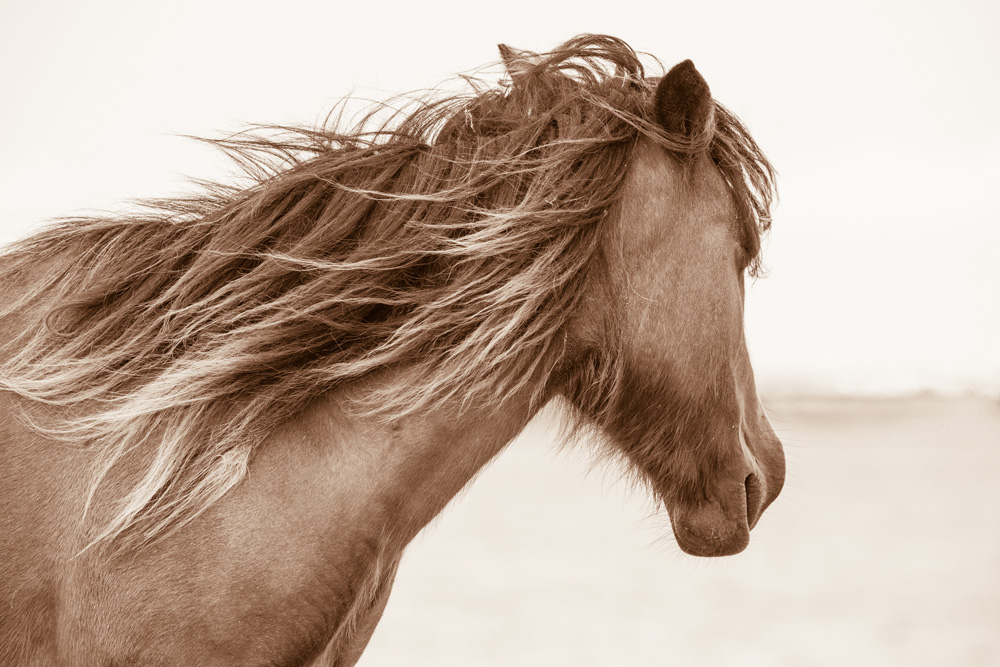 The watery edges between land and sea might seem an unlikely habitat for wild horses until you witness a moment like this mare relaxing into a cool island breeze. One of my first images from an early trip to the Outer Banks, I observed her on a cloudless summer morning with a distinct stillness to the air. The temperature quickly soared where I was positioned low on a outcropping along the shore of a barrier island known as Shackleford Banks. Soon we would both be forced off this small patch of dry land by the ever rising tide. Close enough to hear the pull and crunch of her teeth grabbing the new growth of sea oats, my limbs ached as I crouched hoping the mare would soon take the inevitable plunge into the blue water around us. Instead, her grazing gradually slowed, assuming a resting stance with lowered head and relaxed lower lip. Eyes heavy with mid-day sleep, she stood motionless except for the occasional tail swish to ward off any biting flies. In the rythmic lapping of the Atlantic, my mind too began to quiet and, in that moment, a glorious ocean breeze moved in to cool us with its welcomed air. The mare instinctively lifted her head and turned, eyes closed into the wind.